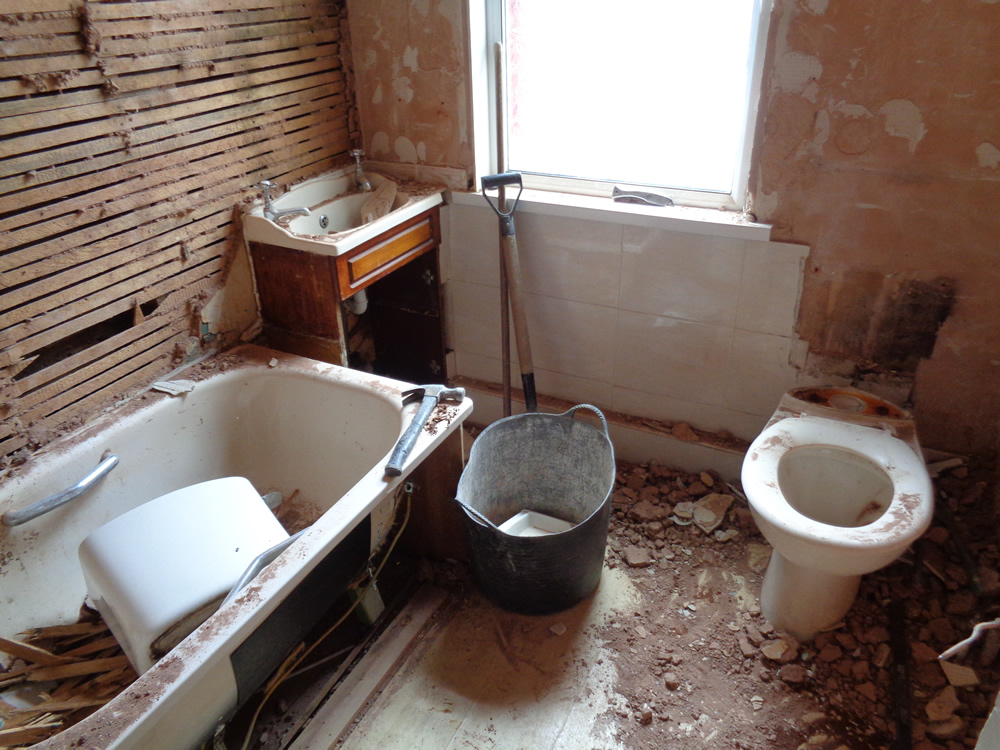 A bathroom renovation is more involved than just removing an old bathroom suite and fitting another. After removing the suite next are the wall tiles. When bathroom wall tiles are removed they take part of the material they are attached to with them. In early built houses like this house on Broadway Earlsdon, the plaster will come away exposing the brick on exterior walls, while the plaster will come away from the lath on internal walls. The plaster being old may be lose (dead plaster) and fall away from the walls

Images of the bathroom before renovation began

The image below is a view of the bathroom from the doorway. The bath is on the left with the basin between the bath and the window wall. The toilet is on the window wall with the towel warmer on the right hand wall. 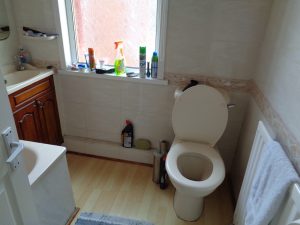 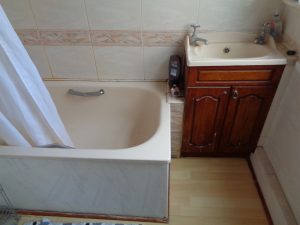 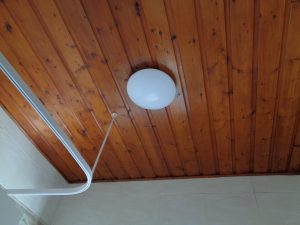 Images of the bathroom during the early renovation stages 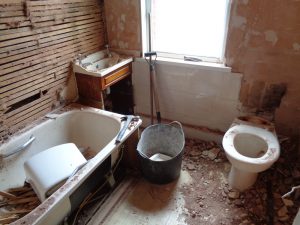 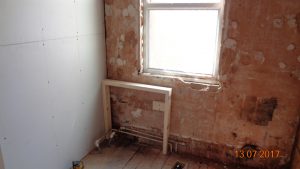 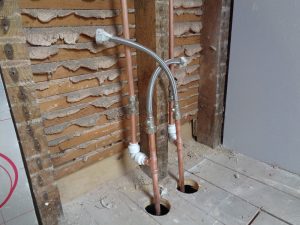 The image below shows the shower fixing plate with the hot and cold feed entering it with in the wall cavity. This will be boarded and tiled before the chrome shower thermostatic bar is fitted to it. 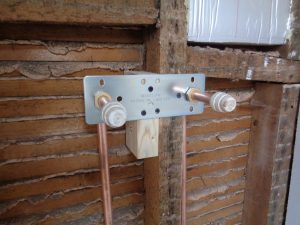 Images of the bathroom after wall boarded and ceiling plastered 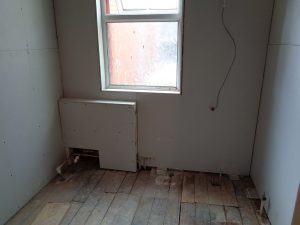 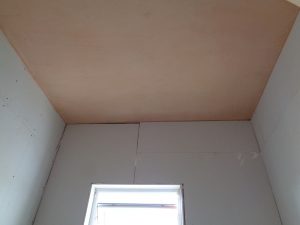 The floor has been strengthened ready for the floor tiles. Using marine ply screwed to the floor at every 15cm 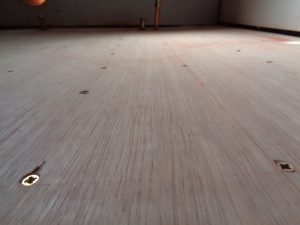 The position of the toilet has moved. The wall has been cored to allow the soil pipe to come through the all and connect to the toilet in the new position. The water feeds for the toilet and basin come from the floor. 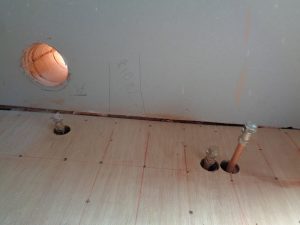 Bathroom radiator pipes fitted up the wall and come out of the wall into the position of the towel warmer. 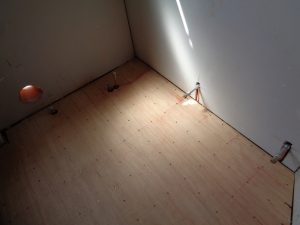 The water feeds for the bath and thermostatic shower run below the bath and into the wall space to the shower area above the bath. 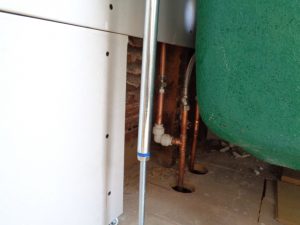 Bathroom walls boarded ready for the tiles. The bath fitted and silicon sealed to the wall to create a water tight seal. 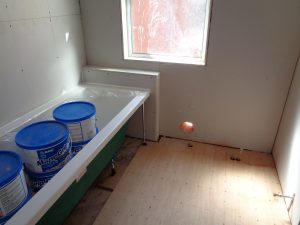 All pipe work is hidden. In the case of the water feeds for the shower, they are placed behind the boards and come out of the wall at the correct shower height. 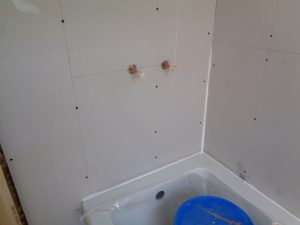 Images of the completed Bathroom 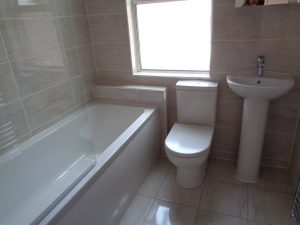 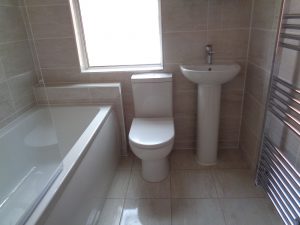 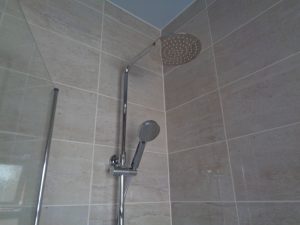 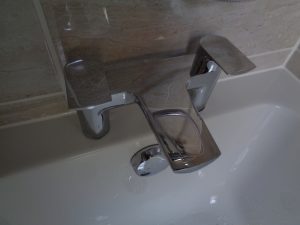 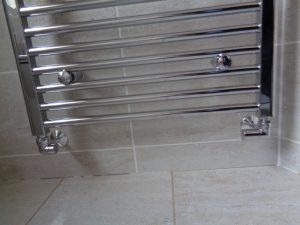 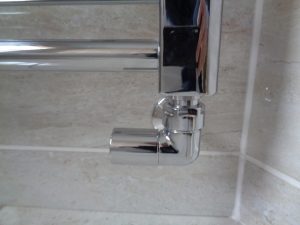