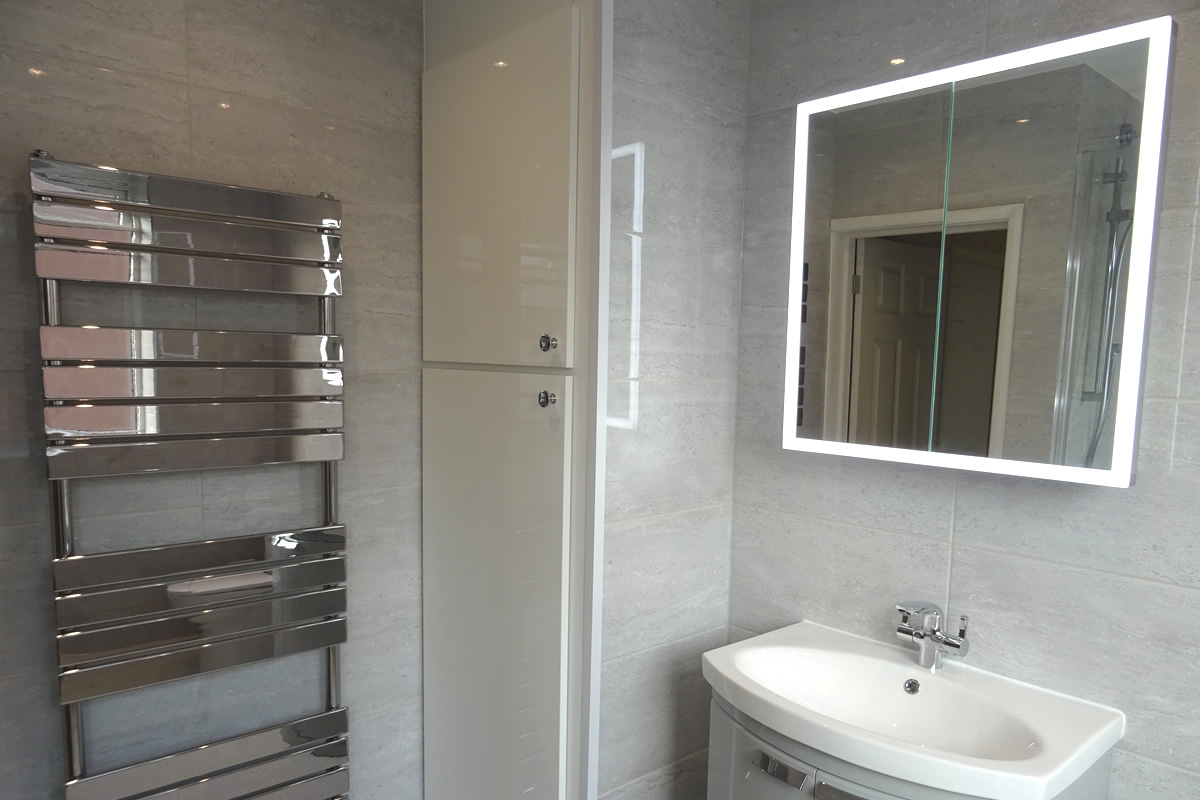 Originally this was a small bathroom with a separate toilet. The client requested that the two rooms be opened into one room and transformed into a shower room.

The drawing below shows the original bathroom and separate toilet before the work was carried out. The image shows that the area is not a rectangle; there is a wall between the bathroom and toilet. There are two doors opening at 90 degrees to each other into the hall way. 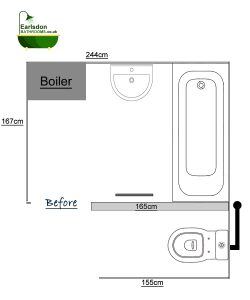 It was decided that the space originally used by the toilet would better suite as a location for a shower. The toilet was moved to the location of the head of the bath next to the sink. The position of the radiator changed to the left hand wall. The image below shows the new shower room design 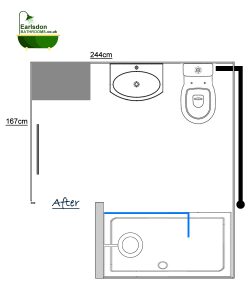 Video of the completed Shower Room

You can view a video of the complete bathroom below, the video will allow you to view all 360 degrees of the video if you drag the mouse or your finger over the video.

Images of the completed Shower Room 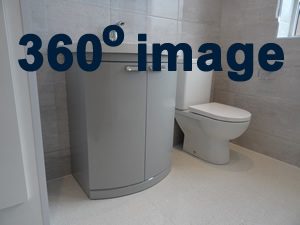 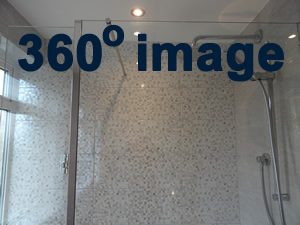 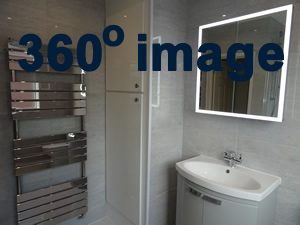