This is a normal family bathroom measuring 226cm wide by 170cm long. Originally the bathroom was fitted as a standard bathroom. From left to right, toilet, basin and bath. The bath had an electric shower.

The clients requested that we suggest some ideas and floor plans to convert the bathroom into a shower room. A large shower tray was required but a closed sliding door shower enclosure was requested.

Below is the original design and layout of the bathroom. 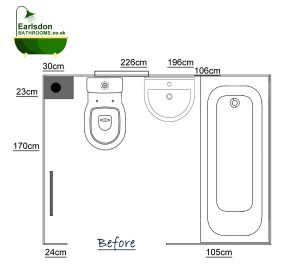 Below is the new shower room design and layout. 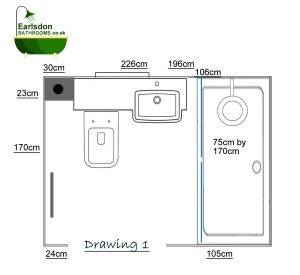 The items fitted in the shower room include

The fitted furniture is grahite grey with wrapped each side and ontop with a white gloss work top. 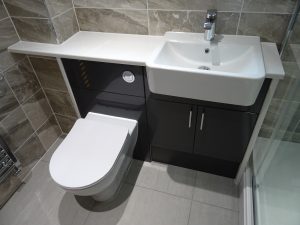 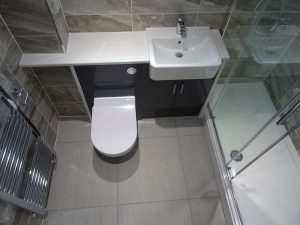 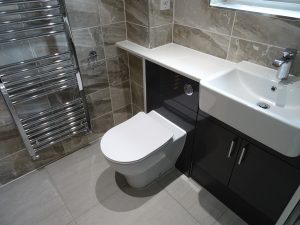 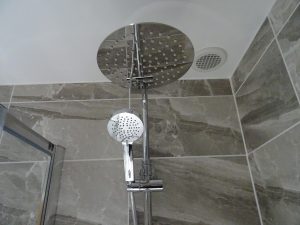 In the ceiling we fitted 3 led ceiling lights
The pull chord we changed to a wall light switch in the hallway.
The original electric shower isolation switch we removed from the bathroom. 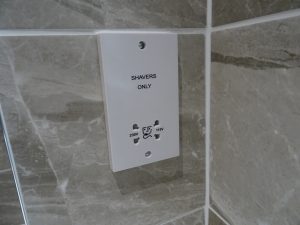