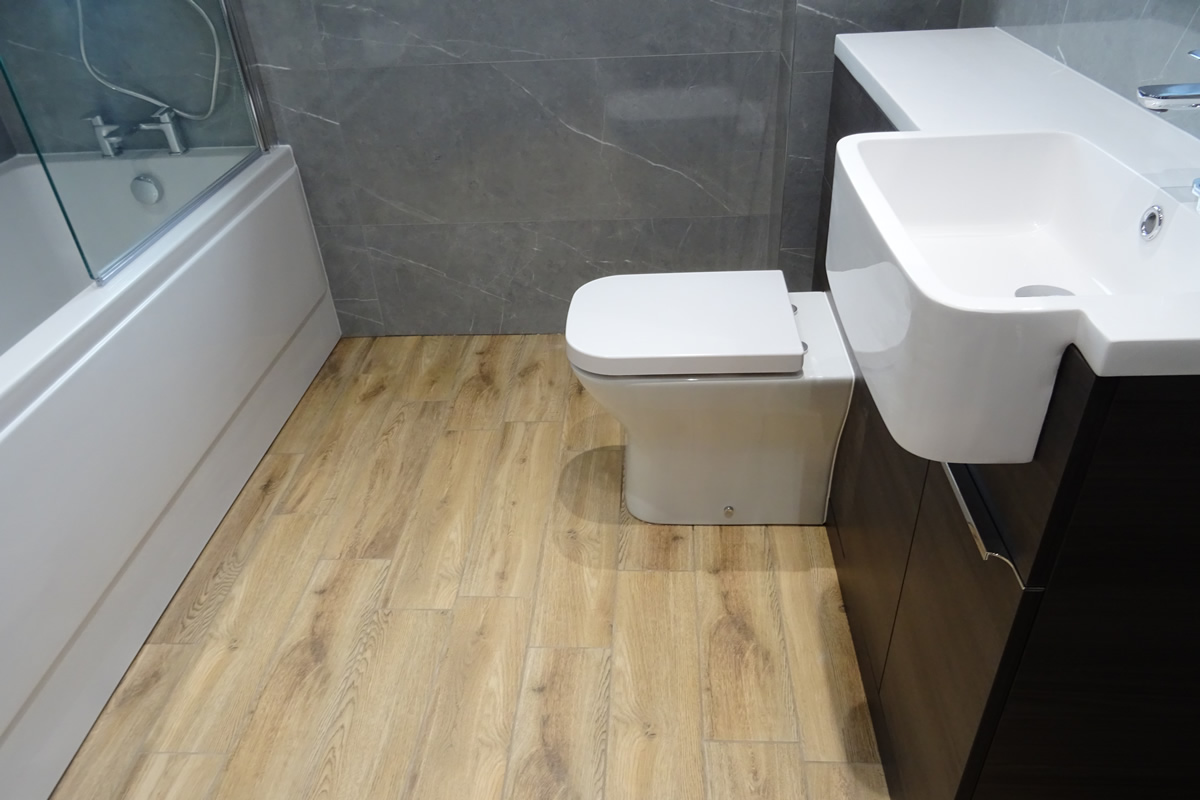 In some new build houses, the bathroom are badly designed with items fitted in the wrong location. Gaps are left at the end of baths that allow for water to escape leaving a possible legacy issue. Basins and toilets are fitted in locations that leave trapped unusable space. Baths are smaller than they needed to be. Showers fitted on the wrong wall making it difficult to access the bath without being very close to the toilet pan when getting in and out of the bath

This is a bathroom where we would suggest all of the above was true. Below is an image of the original bathroom design. 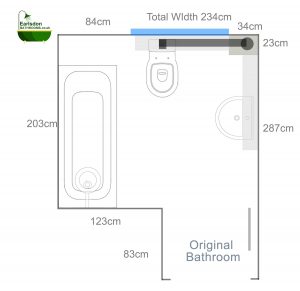 If you look at the drawing you will notice at the end of a bath is an open space. This space is difficult to clean, however when the bath is used as a shower, access water will splash into this area. The design is wrong as the bath hasn’t been encapsulated to capture all of the shower water. The shower is on the wrong wall. When you get out of the bath you are towards the toilet, not idea while drying with a clean towel.

We have made some simple easy changes to the bathroom to address these and other design errors. Below is our bathroom design for the same bathroom. 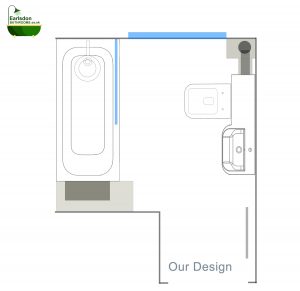 Some of the simple changes we have made that I would suggest have improved the usability of this bathroom include;
We changed the position of bath so the shower and the shower screen is now fitted to the opposite wall. The bath size has been increased from 70cm wide to 75cm which makes for a much better shower bath.

The original gap at the end of the bath has now moved to the opposite end. We have closed this in and then tiled in shelves to create a usable storage space while making the bath area water tight.
The basin is in the roughly the same position, we have used a combined toilet and basin unit, so the big change is the position of the toilet pan.

Cost and Size of this Bathroom Renovation

The size of the bathroom 2.87m by 2.34m. The price for this bathroom supplied and fitted with every element £9400.

Included in the price

Bathroom items included in the price

Electrical work included in the price

Images of the new fitted bathroom 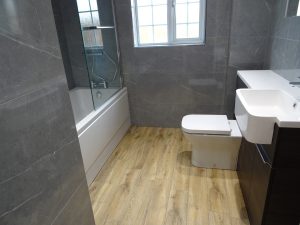 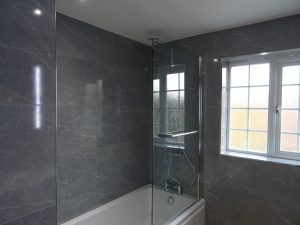 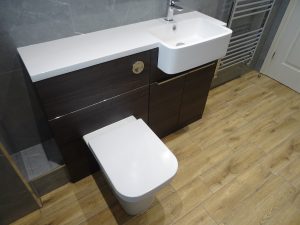 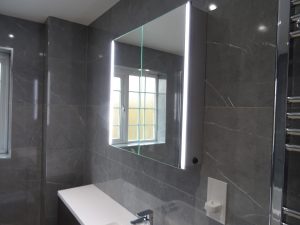 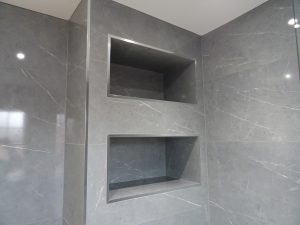 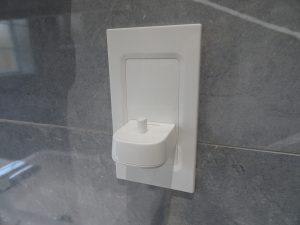 Video of the bathroom